In this article I will describe my experience and the experience of my colleagues when working with the Singleton pattern, when working on different (successful and not so successful) projects. I will describe why I personally consider this pattern to not be used anywhere, I will also describe what psychological factors in the team influence the integration of this anti-pattern. Dedicated to all fallen and crippled developers who tried to understand why it all started with one of the team members who brought a cute little puppy, easy to use, does not require special care and knowledge to care for him, and ended up raising the beast, it requires more and more man-hours and eats the man-nerves of users, your money and heavily slow down new features implementation. 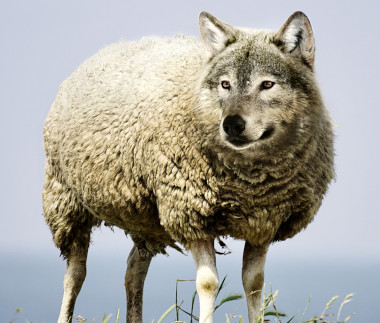 Wolf in sheep’s clothing by SarahRichterArt

The story takes place in an alternate universe, all coincidences is purely coincidental…

Pet a cat at home with Cat@Home

Every person sometimes has an overwhelming desire to pet a cat at some point in life. Analysts all over the world predict that the first startup that created the application for the delivery and rental of cats will be extremely popular, in the near future will be bought by Moogle for trillions of dollars. Soon it happens – the guy from Tyumen creates the Cat@Home application, and soon becomes a trillionaire, the Moogle company gets itself a new source of profit, and millions of people who are stressed out can order a cat on home.

Attack of the Clones

Extremely rich dentist from Murmansk Alexey Goloborodko, impressed with the article about Cat@Home from Фorbes, decides that he also wants to be astronomically rich. To achieve this goal, through his friends, he finds a company from Goldfield – Wakeboard DevPops that provides software development services, he orders the development of a Cat@Home clone from them.

The project is called Fur&Pure, it is assigned to a talented development team of 20 people; further focus on the mobile development group of 5 people. Each team member gets his part of the work, armed with agile and scrum, the team completes the development on time (six months), without bugs, releases the application in the iStore, where it is rated by 100.000 users for 5 stars, many comments about how great the application and excellent service (alternative universe, after all). The cats are ironed, the application is released, everything seems to be going well. However, Moogle is not in a hurry to buy a startup for trillions of dollars, because not only cats, but also dogs have already appeared in Cat@Home.

The dogs bark, but the caravan moves

In order to order a cat at home, the customer needs to create an request and send it to the office, where they will process it at the office and send the courier with the cat, the courier will already receive payment for the service.
One of the programmers decides to create a class “RequestCat” with the required fields, and brings this class into the global application space through singleton. Why does he do it? To save time (penny saving for half an hour), it’s easier to make an global object than to think about the application architecture and use dependency injection. Then the rest of the developers pick up this global object and couple their classes to it. For example, all the screens themselves refer to the global object “RequestCat” and show the data on the application. As a result, such a monolithic application is being tested and released.
Everything seems to be fine, but suddenly a customer appears with the requirement to add an requests for dogs to the application. The team frantically begins to check how many components in the system will affect this change. At the end of the analysis, it turns out that 60 to 90% of the code needs to be altered to teach the application to take in the global singleton object not only the RequestCat but also the RequestDog, it is already useless to estimate the addition of other animals, it’s already difficult with two.

How to avoid singleton

First, during the requirements gathering phase, clearly indicate the need to create a flexible, extensible application architecture. Secondly, it is necessary to conduct an independent examination of the product code on the side, with the mandatory study of weak points. If you are a developer and you like singletons, then I suggest you think again before it’s too late, otherwise sleepless nights and scorched nerves are 100% guaranteed. If you work with a project, in which there are many singletons, then try to get rid of them as soon as possible, or from the project.
You need to switch from the antipattern of singleton-global objects / variables to dependency injection – the simplest design pattern in which all the necessary data is set to an instance of the class at the initialization stage without further need to be tied to global space.